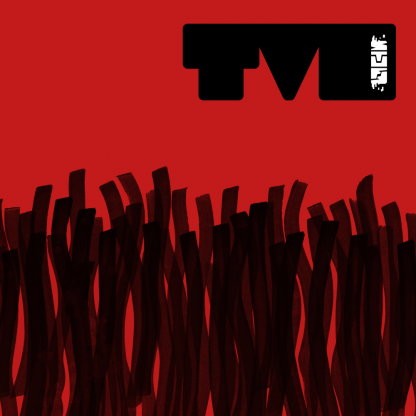 We’d like to present to you the last ever release on Stuffrecords. We’ve been haphazardly running tings since 2002 but now its time to move on and step up a notch. So in October 2009, Stuffrecords will merge with its brothers at Wireblock and Dress 2 Sweat to become Numbers. A new label based around their club of the same name.

The last release comes from TVO aka The Village Orchestra. He was on the first Stuff record and now he’s on the last. TVO is also a resident DJ at our club Numbers and has released acclaimed records on Highpoint Lowlife and also as part of the group Marcia Blaine School For Girls. This is hot on the heels of the well received The Dark Is Rising 12. Two tracks of techno done TVO style, taking in influences from Dubstep, UK Funky, Autechre and many more.

First up is TVO’s own reworking of Afanc. You only previously heard a 2562 version and now TVO has reshaped it into a club friendly Techno epic. On the b-side is rhythmic head fuck of Dots & Hashes, the beat starts of all broken and slowly pulls it’s self together over the course of its 6 minute duration, gradually speeding up from hip-hop all the way through to a rocking techno tempo.

So there is the last ever release on Stuffrecords. It’s been fun, and big thanks to all of you who bought the twelves, please stay tuned for Numbers, big tings are planned. TVO – The Dark is Rising EP